Skip to content
FAQ – Questions & Answers › Category: Suppressor FAQ › What is the difference between silencer and suppressor?
0
Vote Up
Vote Down

Bradford asked 2 weeks ago
What is the difference between a silencer and a flash suppressor?
6 Answers
0
Vote Up
Vote Down

A silencer, also known as a sound suppressor, is a device attached to the barrel of a firearm to reduce the amount of noise and muzzle flash generated by firing the weapon. A suppressor is not an essential part of the weapon–it merely decreases the noise levels emitted. Suppressors are commonly used by law enforcement and military personnel, as well as civilian shooters.

A suppressor works by trapping propellant gases immediately after the bullet has left the barrel. These gases create a “plug” that prevents sound wave energy from escaping in all directions. This trapped energy dissipates over time, which reduces and ultimately eliminates the noise associated with firing a weapon. Suppressors also reduce muzzle flash, which makes it more difficult for an opponent to identify the firing location of a weapon in low-light conditions.

Suppressors are legal to purchase and own in most states in the United States, although there are some restrictions on their use. It is important to check local laws before purchasing or using a suppressor. Many countries have different laws regarding ammunition, so it is important to check these laws before traveling with a firearm or ammunition.

Suppressors are legal in the United States, while silencers are not. A suppressor is a muzzle device that reduces the sound of a firearm. They do this by trapping the propellant gas that is released when the round is fired. This gas creates a cushion of air that helps to dampen and muffle the noise of combustion. Silencers are also known as “silenced firearms” or “mufflers for firearms”.

Suppressors are regulated by the National Firearms Act (NFA) of 1934. This act was passed in response to organized crime and its use of machine guns during Prohibition. The NFA requires all suppressors to be registered with the Bureau of Alcohol, Tobacco, Firearms and Explosives (ATF).

There is a $200 tax for each suppressor that is registered. In order to purchase a suppressor, you must be 21 years of age or older and be able to pass a background check. You must also submit fingerprints and a photograph to the ATF.

Some states have additional laws regarding the ownership and use of suppressors. It is important to check with your local law enforcement agency to see if there are any restrictions in your state.

Suppressors are legal in 42 states for civilians to own. The eight states that do not allow civilian ownership are California, Delaware, Hawaii, Illinois, Iowa, Massachusetts, New Jersey and Rhode Island.

There are a few states that allow civilian ownership of suppressors, but have additional restrictions. For example, in New York, a suppressor must be registered with the state police. In Louisiana, you must have a permit to possess a suppressor.

In some states, such as Alaska and Vermont, there are no laws prohibiting the ownership of suppressors. However, these states may have local ordinances that restrict their use. 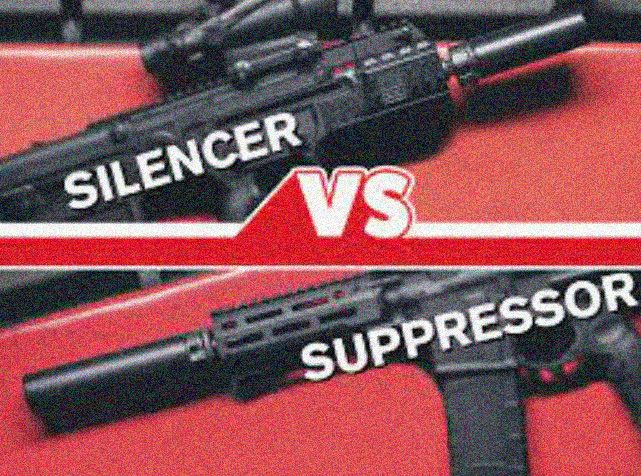 Silencers are illegal under federal law. The NFA defines a silencer as “any device for silencing, muffling or diminishing the report of a portable firearm”. This includes any part or combination of parts that is designed or intended to silence, muffle or diminish the report of a firearm.

The only way to legally own a silencer is to obtain a special permit from the ATF. This permit is only available to government agencies and individuals with a valid need for a silencer. For example, filmmakers may apply for a permit to use a silencer if it is necessary for the production of a movie or TV show.

If you are caught in possession of a silencer, you could be fined up to $250,000 and sentenced to up to 10 years in prison.

Some states have laws that prohibit the ownership of silencers. However, these laws are often not enforced. In most states, it is legal to purchase and possess a silencer as long as you follow the federal guidelines.

If you are considering purchasing a suppressor, it is important to check with your local law enforcement agency to see if there are any restrictions in your state.

A silencer, also known as a suppressor, is an attachment for firearms that reduces the amount of noise and flash generated by firing the weapon. A suppressor is usually a metal tube that attaches to the barrel of a gun.

A silencer does not actually silence the firearm; it merely reduces the sound level. The use of a silencer is illegal in some jurisdictions.

A suppressor, on the other hand, IS Silenced.. Suppressors are legal in all 50 states with a simple firearm ownership license (FOID/CCW). While they do not completely eliminates noise, they reduce it by 30-35 dB on average. This makes them VERY useful for shooting without disturbing others, or as a hearing protection device for those who are around loud noises often.